HiQ's Digital Unit Head, Mikko Sairio was involved in implementing the mobile application for the Levi resort and its visitors.

The central part of the Levi's mobile application interface is a 3D interactive map that shows real-time slope status and various information about services across the resort. The goal was to make an application that would take the most of the existing data sources to create an extra value and better customer experience for visitors.

“The project started at the beginning of the year. At the beginning of the summer, we already could see that the app was turning out to be as great as we hoped for. However, as there was still some time before the ski season kicks in, together with the customer we decided to go further than just developing an app about Levi services. So this is how we implemented and included the Loyalty feature in the first app launch,” says Mikko.

The team conceptualized the loyalty program based on the customer's vision. The goal was to increase the customer flow between local service providers and to make the user experience as lean and smooth as possible for the end users of the application. During the development, we needed to also take into account the capabilities and limitations of Levi Ski Resort's IT systems.

The end result is a simple, yet extremely effective extension to the Levi Ski Resort’s marketing toolkit. How it works: The customer identifies themselves with the QR code of the Levi Black card within the application or with their e-mail address to earn Levi points. The points collection can be tracked from the application, and the application also shows what benefits the customer can redeem. Levi's marketing department oversees all campaigns and bonus vouchers through the CMS system and uses the application for direct communication with visitors of the Levi resort about offers. 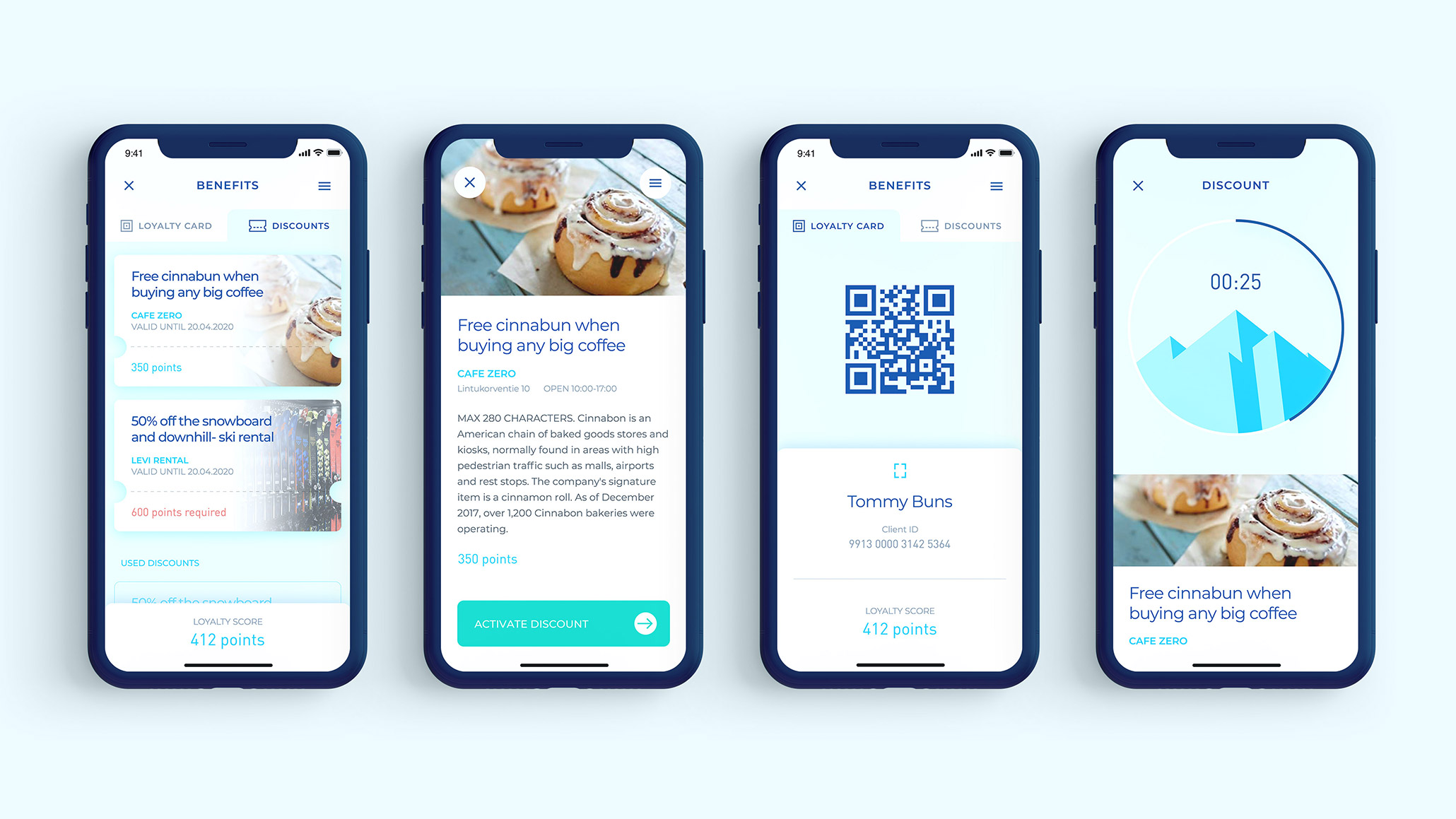 Developing together with Frends

All components were glued together as a whole by HiQ's Frends integration platform. Frends connected various and diverse services together, complementing them with Azure's cloud services and other cloud infrastructure utilized in the application. The app's entity remains clear and maintainable through an interface-centric architecture. The interface layer combines the numerous underlying separate services into one unified logical entity responsible for data coordination and business logic.

Mikko got to wear many different hats during the project: he worked as a producer in the project, participated in the conceptualizing and defining stages of the application and the loyalty program, and designed and implemented some of the integrations that serve as the back-end of the mobile application.

“It was nice to get to develop with Frends among other tools. The BPM (Business Process Model) notation was clear, and it suited perfectly such a former coder, as I was, and who used to do everything with a single mouse click,” Mikko laughs.

It was really great to try a low-code development, because that's where I saw Frends can be advantageous. The best thing about Frends is the tracking of process performance and the speed of deployment.

Frends platform has already been utilized before for the back-end in mobile applications. The back-end of Levi's application is composed of several different systems that need to be connected with each other. As not all back-end systems are designed to serve the masses, the team’s integration architect implemented a cache with Frends, which was an architecturally great choice, especially in Levi’s case. You can read more about how fast caching, or the digital integration hub, enabled real-time distribution of information here.

The project lasted about a year, and it happened to be another Coronavirus year. “It is challenging to ensure quality when, in Corona times, everything is so unpredictable. However, the end result was surprisingly good. There are insanely talented and resilient folks in our team,” says Mikko.

“The customer is also satisfied with the end result. The first ski season was a good launch despite the Corona. The application has been actively downloaded, and thousands of users have already registered for the Loyalty program,” says Mikko.

More about the project.

Meet Hannu Juottonen, the integration architect responsible for the design and implementation of integrations and API-interfaces used by Lähtitaksi’s new “Taksini” app.

HiQ Stage - SATO took a leap towards the digital age, the project was successfully finished with a multitalented HiQ team

Christina Hietanen, who works as a Key Account Manager and Project Manager at HiQ, has had a vantage point with her team when creating the digital OmaSATO service.

Sami acts as a Solutions Architect and Scrum Master at HiQ. His persistent ambition to develop his competences led him to take a lead in Snarveien application project

Read the story of our integration developer Jarkko and see how flexible remote work made his family's dream come true.

Supervisors are at the heart of well-being in the work community, and the support they provide plays a significant role in workplace well-being.

What is Frends and how it is like to develop integrations with it?

What is modern hybrid integration platform like? With Frends one can implement everything from simple file transfers to API management.

Want to join the team?

We at HiQ are simplifying the world with technology and talented professionals. Join the adventure called HiQ.